Unlimited Frustration: A Sunday with Sprint 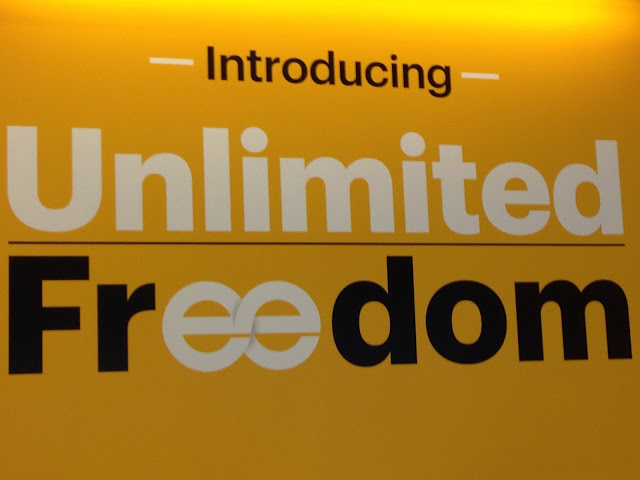 “Customers have to wait one or two hours to get a phone and that's not acceptable.”
Marcelo Claure, CEO, Sprint Wireless

At the outset I want to be clear that dealing with wireless companies has always been akin to getting a wisdom tooth removed without anesthesia. However, given that this is 2017, the age of big data, real-time analytics, beacons and of every grandmother knowing that CRM stands for customer relationship management, I had some expectation that my experience with Sprint would not be like it was still 1990.

Our fateful journey started at the only Sprint store near us. The first sign of trouble came when the store manager informed me plan options the store offered were limited, compared to what customer service could offer. It is odd that Sprint is unable to offer the same options at retail, via phone or online, in 2017, but I said I would call when I got home. But that would have been too easy; we were informed that it was better to do the upgrade after we changed our plan, or we would not get access to the good plans.

I thought to myself that Sprint should make life easier for customers, not harder, especially for loyal ones who are about to renew their vows with the company.

I acquiesced and spent the next hour deciphering plan options with customer service by phone while standing at the store counter. During this time we also found out that we would need to postdate the new plan or face pro-rating fees that would double our cost for the month. No doubt this was designed to be just another way for customers to pay Sprint for their loyalty.

Two and a half hours later we walked out with one phone, one on order and a new plan that would take effect in a month.

My phone arrived a few days later and it was the wrong colour. By now I was also starting to get used to the obstacles Sprint seemed to like to put up – to test customer loyalty.

Out of data and with no new phone, I asked why I was being punished for their mistake. I was told it was because this was not a Sprint corporate store.

I realised that I has just failed another test of customer loyalty.

I walked into this store, the only one in our area code, after seeing a big fat Sprint logo on the storefront, Sprint branded posters on walls, shelves full of Sprint merchandising, promotional cardboard cutouts with Sprint exclusive offers, Sprint logos on the salespeople’s t-shirt, but I failed to notice the small certificate on the wall that said “Sprint preferred retailer.” My bad.

I decided to make a last ditch appeal to the all-powerful customer service and asked them to ship me a new phone, while I waited for the circuitous return process to unfold. They were very apologetic and set-up an appointment for me to visit a corporate store, on the other side of town, and said I could simply exchange the phone. Problem solved!

It was a bright and beautiful Sunday afternoon when I ventured out to exchange my phone. Upon checking in at the store I was promptly informed that the exchange could not be done at the store. And they added that they did not care what customer service had told me, because customer service had no authority over stores. Thankfully, they took pains to re-assure me that this happened all the time to customers, making me feel all warm and fuzzy for not being singled-out.

After a heated back and forth, I dug in and said I was not leaving until my issue was resolved. They dialed customer service and handed me the phone to figure it out with customer service. With a strong sense of déjà vu I spent the next two hours, on the phone, standing at yet another Sprint store.

The customer service people were apologetic and admitted that I had been given erroneous information, vindicating the store, but not really servicing this customer. They assured me that the rep would be “coached”, which was wonderful, but again did nothing to resolve my issue. After a long and patient wait, someone in the ‘order support department’ where I ended up figured out that they could simply cancel the original order and have the corporate store create a new one and give me the correct phone.

Wait, the best is yet to come. We now get to part two of the torment, regarding the plan change.

While upgrading the phone, feeling badly about the ordeal everyone in the store had witnessed, the salesperson offered to look at my plan and see if he could save me money, only to discover that I was tethered to a wireless hotspot device that was on contract - totally unbeknownst to me.

I remember it being given as a free gift during our last upgrade; one I was told required a data plan but no mention of a two-year contract. So I said get rid of it, which required me to pay an early termination fee of over $100. Again, the store folks empathised with my plight and genuinely tried to help, but clearly lacked the authority to free me from my bondage.

So I reached out once more to the all-powerful customer service, and they transferred me to the termination department and to someone who said they would solve my problem without a termination fee. I was unwilling to pay because I was never overtly made aware of a contract. Three quarters of the way through the process the line got cut. I waited but nobody called back, even though they had my number.

So I called back and got a different rep, possibly in the Philippines. She was completely clueless. This person could not even find the device I was referring to, leave alone understand the issue.

After what seemed like an eternity of explaining, and getting nowhere, I asked to speak with a supervisor, but she kept putting me on hold, while going off to ask someone questions and then coming back and asking me the same question. With my Gandhi-like patience starting to run thin, I firmly asked to speak with a supervisor, at which point she hung up.

Glutton for punishment, I called back again.

Of course, I got a new rep, to whom I had to repeat the entire ordeal (this happened every time I called); who was again polite and very apologetic, but said I needed another department. I asked that he at least brief the person they were transferring me to, so I wouldn't have to go through the entire story every time I was cut-off.

I must have repeated my story at least a half a dozen times as I got transferred between departments, and finally reached someone with an American accent. At least she could understand the issue – progress!

She patiently took me through numerous options. One requires a degree in rocket science to understand the permutations and combinations of data plans and device leasing options, but despite this she was unable to do the one thing I needed – waive the early termination fee.
I suggested she talk with a supervisor and explain that I was ready to leave Sprint over a $110 termination fee, resulting in a loss of approx. $200 per month revenue over the next two years from me. The math was easy. She agreed wholeheartedly, as did her supervisor but again both lacked the lacked the authority to what they truly wanted: to retain this customer. They did offer me a one-time $30 credit to lessen the pain.

Needing to right a great service injustice and feeling like a combination of Mandela and the Energizer bunny, I reached out to Sprint’s CEO, Marcelo Claure on Twitter, asking to speak with him directly because it was clear that he was the ONLY person in the company with the authority to waive this fee.

Needless to say he did not respond but had something called “Team Marcel” reach out. I got a call from a lady in the corporate office and she too was also extremely apologetic and said unequivocally that my experience was totally unacceptable and that she would personally look into the entire matter. She magically waived the early termination fee…

I am still completely at a loss to understand why such a simple process for an upgrade and plan change required numerous phone calls, three store visits, countless hours on the phone with representatives from multiple departments and continents and tweeting the CEO. I have been told childbirth is less painful.

I want to be clear that, based on my experience across all of Sprint's touch-points, the central issue has little to do with poor or rude employees; in fact the majority I dealt with expressed frustration at not being able to resolve my issue. It has everything to do with a complex organisational structure that is badly siloed, coupled with employees whose hands are tied and who lack the authority to provide resolution, use of third party resellers without a consistent service policy, and offshoring to poorly trained customer service reps who sometimes barely understand the English language, and finally the lack of a proper escalation policy.

This is clearly a management issue that begins at the top with a lack of singular focus on customer care and retention, which you would think is the most important aspect in an industry plagued with the highest customer churn.

So unless Mr. Claure meant he was working on increasing wait times to four and five hours when he said “Customers have to wait one or two hours to get a phone and that's not acceptable”, I do hope he gets in touch with me. I still believe he needs to hear this unbelievably frustrating and painful experience, firsthand, because no customer should ever have to be put through this again.