Covid-19: The Worst Is Yet to Come, Unless We Stop it 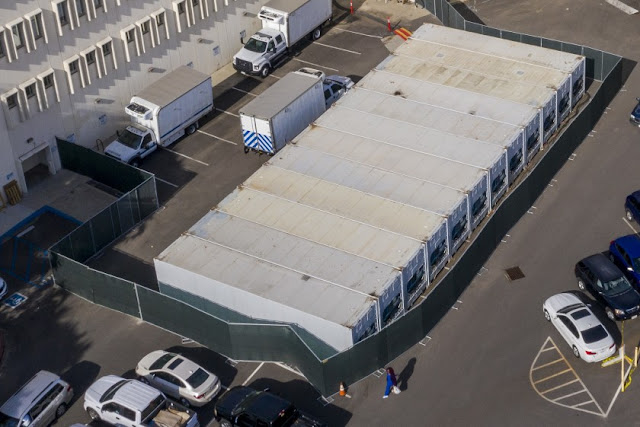 I still remember the day the population of the world breathed a collective sigh of relief; it was 9th November, 2020 when the media announced that Pfizer and BioNTech had developed vaccines that showed greater than 90% effectiveness in large scale clinical trials.

Of course, at this time we were still weeks away from getting the first vaccine dose into the arms of healthcare workers, leave alone the general population, but still human nature being what it is, many people started to behave like they had already been vaccinated.

We immediately saw a surge in Thanksgiving travel in the US, with more than a million people passing through TSA checkpoints. This naturally led to an alarming surge in Covid-19 cases across the US with positive cases approaching over 200,000 a day.

The next hope-giving milestone was 14th December, when New York nurse Sandra Lindsay became the first American to be vaccinated. She said "I feel like healing is coming" but should have added that Americans need to wait for the healing to come to their arm before they start to behave like they too have been inoculated.

You guessed it, around 85 million Americans decided to travel over Christmas. No doubt to celebrate nurse Lindsay’s inoculation and to shatter travel records that they had just set over the Thanksgiving holiday.

Naturally, Christmas travel led to another massive surge in positive cases and deaths all across the country, leading to almost every state in America ordering some variation of mask mandates and forced closures. Not to mention that the sheer volume of cases also put the healthcare systems in Arizona, California and Rhode Island on the brink of collapse.

We are now at the end of January and only 7.9% of people in America have been vaccinated, which puts the US in fifth place. We are behind Bahrain (10%), UK (12.3%), UAE (30.4%) and Israel (52.6). The fact is that we have not finished administering the vaccine to healthcare workers, and have already run short of doses with numerous states having to turn away people and cancel appointment, as they work to broaden the criteria to anyone over 65 years old.

Most Americans are now even more hopeful that the new Biden administration will be better organised than Trump’s and thus be able to more expediently get the jab into their arms. However, we must remember that vaccinating 330 million people is still no small or simple logistical task. No to mention the issues we will continue to face with vaccine production and distribution, especially when it comes to lack of healthcare access in rural areas.

Meanwhile, the EU central authority, which has spectacularly fumbled its vaccine rollout across Europe, has now gotten into a very public brawl with vaccine maker AstraZeneca, blaming them for the acute shortage and threatening to use legal means to block the vaccine maker from exporting its COVID-19 vaccine to non-EU countries.

In many parts of the world, we are seeing new, more-highly transmissible mutating variants emerge that also seem more deadly. In Britain we saw the death rate triple since December as the B.1.1.7 mutant strain took hold. Denmark, which has been conducting genomic sequencing on every positive case, says that cases involving the new variant, first found in the UK, are increasing 70 percent a week despite a strict lock down.

Madrid is having to halt all vaccinations due to the EU supply shortage right when new cases across Spain are said to be double what they were in the second wave and four times as bad as the first wave. Portugal, which just last year was considered a model of success in their handling of COVID-19, now has new cases that make it the highest in the world in proportion to its population, going from seven deaths per million to more than 24 now.

In Brazil, the city of Manaus which was the hardest hit last May with the healthcare system collapsing, had 348 people die in the worst month last year. Now, through just the first three weeks of January, that number stands at 1,333. In the US we had 300,000 deaths since the start of the pandemic but between 22nd December and January 19 we added 100,000 more.

Researchers identified another variant in California known as CAL.20C which originally showed up in July last year, but then lay dormant until November when it went on a rampage and was shown to be responsible for more than half of the virus genome samples collected in Los Angeles laboratories on January 13.

The good news is that preliminary data from Israel shows that the vaccines work and show a 33 to 66 percent decline in infections, just fourteen days after the first dose is given. We also know that the current vaccines do offer varying levels of protection against the new strains. For example, Johnson & Johnson’s new vaccine that is about to come to market showed an efficacy rate of 72 percent in the United States, but dropped to 57 percent in South Africa, where a highly contagious mutant variant is driving cases.

The important thing to remember is that even if a vaccine does not offer 90% effectiveness against every new strain. Studies on non-human primates have shown that even lower effectiveness can protect you from getting Covid-19 or if you get sick, it will save your life by making the illness is less severe.

My mother says nobody loves a pessimist, so I want to be clear that I am EXTREMELY optimistic that we will beat this pandemic, but only if we don’t let our guard down at this point.

Yes, I can see the light, but we must never forget the night is darkest before the dawn. Now is the time to double mask and remind people that we are so close to the finish line that if we give up now and stop wearing masks, or start mingling again, then we will see this pandemic swell and kill many more people before we are able to vaccinate enough people.

Let’s make sure that our optimism does not wash over our common sense and let's not give this insidious and silent enemy the opportunity to snatch any more of our friends and family from us.

Posted by Nikhil Vaish at 1:31 AM No comments: