Justice Ginsburg, Our Democracy and Doing the Right Thing 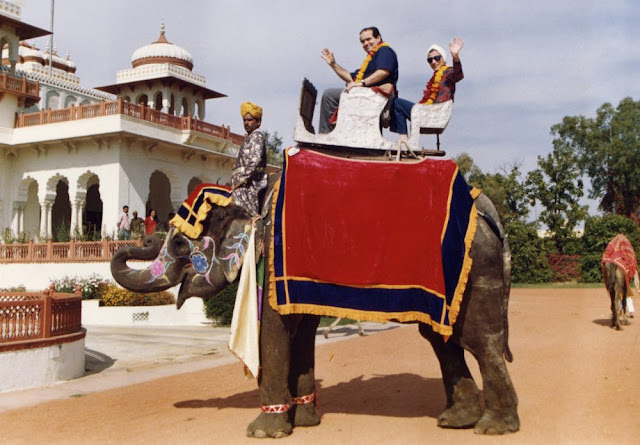 (Image: Collection of the Supreme Court of the United States)

"Sometimes it helps to be a little deaf."
-Ruth Bader Ginsburg

I was deeply saddened to hear of Justice Ruth Bader Ginsburg’s death, but have become more concerned with the effect it will have on our ailing democracy. The political battle to fill her seat will provide fuel to an out-of-control partisan fire, forty-five days before what is already one of the most divisive and contentious elections in our history.

Even before RBG’s body was laid to rest, the battle lines were drawn along the predictable partisan lines. Mitch McConnell sounded the Republican battle cry by releasing a statement the same evening intimating that he would ensure Mr. Trump’s nominee received a floor vote on the Senate. Conservative media followed suit with a chorus of approval and a stark warning for their elected leaders that they must proceed “because the Democrats intend to crush us if they can, and if the GOP wimps out, our voters will melt down.”

Liberal media too came prepared for battle. A Pulitzer Prize winning New York Times columnist opined that “if Republicans do give Ginsburg’s seat to some Federalist Society fanatic, Democrats must, if they win back the presidency and the Senate, abolish the filibuster and expand the court, adding two seats to account for both Garland and Ginsburg.” The paper’s editorial board followed with an attempt to rile the liberal base saying “Senate Republicans, who represent a minority of the nation, and a president elected by a minority of the nation, are now in a position to solidify their control of the third branch of government.”

I too felt the anger and moral outrage being expressed by my liberal tribe, and dismay at Mr. McConnell’s hypocrisy. In 2016, he refused to even hold hearings for President Obama’s nominee, saying that it was too close to an election. Now even closer to an election, he is marching forward only because his party has the advantage.

We live in an age where we feel pressure to constantly react on social media, before our brains have time to process, reflect and thoughtfully consider information. We know that our brains function best when we take the time to consider complex issues, rather than react in the moment. Studies show that the more time we spend on social media the more it leads to Groupthink, described by Irving L. Janis’s in his 1970’s book as the “deterioration of mental efficiency, reality testing and moral judgment that results from in-group pressures.”

This time I decided not to react. I turned off social media, read what the constitution mandated, looked for historical precedents and spent time reviewing arguments from both sides.

Article II, Section 2, Clause 2 of the United States Constitution empowers the president to nominate any individual he or she chooses. The nominee must then face hearings before the Senate Judiciary Committee, which votes to send the nomination to the full Senate for confirmation. We can argue about nominating someone so close to an election, but there is nothing in the constitution that prohibits this.

In 1968 President Lyndon Johnson found himself in a similar predicament when he nominated a Supreme Court justice after stating that that he would not seek a second-term. His announcement all but guaranteed that Richard Nixon would win the upcoming election, since the Democrat’s best hope to beat him, Robert F. Kennedy, had been assassinated.

Despite Mr. Johnson’s lame duck status the Republican minority leader Everett Dirksen went against his party and supported the nominee, because he respected his legal brilliance and said it was the right thing to do. Even Nixon who had made appointing law and order justice’s a campaign promise did not oppose it, saying he “would not interfere with the Senate’s right to decide on the nomination.” In the end majority Southern Democrats joined by minority Republicans managed to filibuster the nomination which led Johnson to withdraw his nominee.

In 1992, Joe Biden, then Chairman of the Senate Judiciary Committee, forcefully argued that if President Bush put forward a Supreme Court nominee during an election year, his committee would "seriously consider not scheduling confirmation hearings on the nomination until after the political campaign season is over". Much like Mr. McConnell explained how the situation in 2016 was different, Mr. Biden too had an explanation for his changed stance after being accused of similar hypocrisy.

Biden had also argued in 2016 that the Republican senate’s reluctance to fill the vacancy could “lead to a genuine constitutional crisis, born out of the dysfunction of Washington…”. This outcome is more likely now with a contentious election that might end up in the courts, especially since we have an incumbent President who refuses to say if he will accept the election result. With eight justices it is possible the court will become deadlocked, which means the decision would default to a lower court ruling.

Democrats also need to accept responsibility for the hyper-partisan nomination processes that we now routinely witness. In 2013, when Democrats controlled the White House and Senate, Harry Reid the Senate majority leader used the ‘nuclear option’ to change a long-standing rule that required 60 votes to overcome a filibuster, to a simple majority. He did this for all executive appointments and judicial nominations, excluding the Supreme Court. The move was considered short-sighted and criticized by scholars, pundits, current and former politicians on both sides. Republican Senator John Thune begged Mr. Reid not to proceed and warned him “What goes around comes around.” In 2016, Republicans back in control of the Senate returned the favour by invoking the nuclear option to appoint Justice Gorsuch to the Supreme Court.

Interestingly, I came across a 2016 New York Times interview with Justice Ginsburg, where she unequivocally states that it is the President’s duty to fill a vacancy and the Senate’s job to take up the vote. She adds “there’s nothing in the Constitution that says the president stops being president in his last year.”

There are many things to admire about Justice Ginsburg but her fearlessness and independent-mindedness are what I most admired. Even though she was a liberal icon, she was never afraid to break from the tribe and stand against the majority view.

She publicly defended Brett Kavanaugh and Neil Gorsuch, saying they were both " very decent and very smart individuals".  She was staunchly against a growing chorus in the Democratic Party that wants to pack the courts. She reiterated this position last year saying that "If anything would make the court look partisan, it would be that – one side saying, 'When we're in power, we're going to enlarge the number of judges, so we would have more people who would vote the way we want them to.” Never shy to express an opinion, she did not agree with Colin Kaepernick’s racial justice protest, saying in 2016 that kneeling for the national anthem was “dumb and disrespectful.”

At a time when a Pew Research survey finds that only 45 percent of Democrats and 38 percent of Republicans say they share any “values and goals” with members of the other party, we need to remind ourselves of her close friendship with Antonin Scalia. Two people who could not have been further apart on the ideological spectrum. As a tribute, Justice Scalia’s son shared a string of tweets showing how deeply his father cared for ‘Ruth’. The late justice once challenged by someone about the fact that his friendship with Ruth had not resulted in any support from her on the bench, responded by saying, “some things in life are more important than votes".

I believe Justice Ginsburg would want us all to remember that we are not warring enemy factions but an opinionated and cantankerous democracy. When a family of four cannot agree on pizza toppings, why do we expect 330 million people to agree on far more contentious issues?

The point is that we need to respect and celebrate not just diversity of skin colour but also of our wildly differing viewpoints. Like every family, we do not have to agree on everything but we do need to find ways to compromise and live together under the same roof. If we continue to blindly default to preset partisan positions, and think of ourselves as us and them, we will only serve to weaken our union and allow adversaries like Russia to exploit these divisions.

At a time when the future of our union is in danger and the credibility of our democratic institutions continues to be imperiled by increasing political polarisation, I believe we the people need to break this cycle of tit for tat partisan escalation.

There is no evidence that Republican-appointed justices destroy the ‘liberal way of life’. In fact, the opposite is true. The data and evidence shows that Democrat appointed justices remain solidly liberal while Republican appointed justices shift leftwards over time. Sandra Day O’Connor and Anthony Kennedy, both Reagan appointees moved solidly leftwards, as did John Paul Stevens, who was appointed as a moderate. David Souter, a George H. W. Bush appointee, considered to be solid conservative, became a reliably liberal voice on governmental powers, social justice and equal protection issues. Even Antonin Scalia’s views liberalized from his extremely conservative positions of the late 1990s. More recently, Chief Justice John Roberts has routinely sided with the liberal wing on high profile cases, much to the dismay of Conservatives.

Also, polls show that the Supreme Court remains one of the most trusted institutions, even after Trump’s two appointments, with nearly 70 percent of respondents in an Annenberg Civics Knowledge Survey saying they trust the court to “operate in the best interests of the American people”. Contrast this with Congress’s approval rating, which stands at 18 percent.

Democratic Senator Christopher Murphy said in 2016 that “The president fulfilled his constitutional obligation today, now the Senate must fulfill ours ... If Senate Republicans refuse to consider the president’s nominee, they will be willingly violating the spirit of that sworn oath”. Republicans had zero justification to block President Obama’s nominee. It was nothing more than an unprincipled and calculated political maneuver. But the same holds true now and two wrongs don’t make a right. For this reason, my conscience will not permit me to block hearings and a vote on President Trump’s nominee because unlike Mr. McConnell and his Republican colleagues, I am no hypocrite.

Doing the right thing is never meant to be easy, convenient, or done only when a desired outcome is guaranteed. Following Justice Ginsburg’s advice I am going to be a little deaf to the din of my liberal tribe baying for revenge and break the cycle of partisan vengeance.

I believe it is the right thing to do for the future of our democracy. Some things are more important than political victories.

Posted by Nikhil Vaish at 9:26 AM No comments: