Facebook and Division by Data in the Digital Age 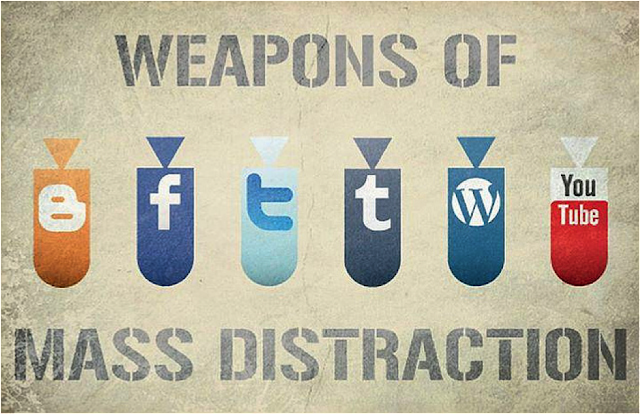 “The world is now awash in data and we can see consumers in a lot clearer ways.”

There was a time not too long ago when people from all walks of life gathered around the proverbial water cooler in offices, places of worship, community centers, schools, local sporting events or watering holes. This ritual was underpinned by a shared experience based on a national or local conversation or a cultural artifact like a popular new book, advertisement or TV show that everyone had recently experienced.

It was not that people gathered around and sang Kumbaya, but that we brought a variety of viewpoints relating to the same event. I remember such gatherings being a melting pot of diverse perspectives, and passionate opinions; some that we vehemently agreed with and others we disagreed with, equally vehemently. But irrespective of where we stood on an issue, we all walked away without animosity and with a perspective we would not have otherwise had.

I am not suggesting that we left with changed minds or that we were competing to bring others around to our point of view, but that by listening, discussing and accepting the fact that there are different reactions to exactly the same content, it allowed us to build empathy and I believe helped to open minds in the long run; and being face-to-face they were also civil and respectful.

The internet, with its ability to turn the planet into a virtual global square, was meant to be the ultimate water cooler and bring us even closer together through diverse and shared experiences on a scale unimaginable before, but the opposite has transpired.

In country after country, social media feeds and discussion forums are filled with disagreement and hate. Once respected members of society like journalists, academics and scholars are engaging in shouting matches on TV screens, while family members are unfriending each other on social media. Research shows that this generation is more lonely and unhappy than any before it.

Nobody seems willing to entertain or discuss a point of view slightly different from their own. We have lost the ability for nuanced conversation and seem only to find comfort in absolutism. And we have eroded our ability to empathise with those who do not share our finite and inflexible worldviews.

It’s as if we have all stopped talking to each other, and now only talk at each other. What happened?

To begin with, it is true that we no longer reside in neighborhoods populated with a broad mix people from different walks of life. Increasingly we live, work and socialize only with people with similar income and educational backgrounds. The majority of educated urbanites have long stopped attending places of worship or congregating in local centers where they might still fraternize with a wider cross-section of society and viewpoints.

Even online we have retreated into echo chambers and digital fortresses filled with similarly-minded people, and our social rituals have been replaced with impersonal digital ones. We chat with friends on WhatsApp, visit grandma on Skype and share all significant milestones with extended family through email and social media.

While it is true income and educational segregation have been in part responsible for our growing divide, I believe that digital targeting technology, invented by the advertising and social media industry, along with the growing sophistication of how much data is being used, has contributed to our loss of empathy, inability to compromise and increasing vitriol. Not only are massive amounts of personal data being accumulated, but it is being used to divide people into groups and to manipulate behaviour.

Every advertiser and marketer has always wanted to connect with customers on a more personal level, but it was never possible to talk to us on a one-to-one basis until recently. The sophistication of digital technology allows companies to monitor every keystroke, eye movement, voice command, even physical movement, and, more worryingly, they are now able to put it all together to create a startlingly granular and deeply accurate view of our daily lives, habits and motivations on an individual level.

Like most innovations, this type of data accumulation was done for targeting of products and to deliver personalised content; so people would no longer waste time looking at diaper ads when they wanted to buy shoes. The idea was to accumulate so much data about each individual that it would allow marketers to get so precise that they would always show the right ad, with the right product message, or right piece of content, at the very moment we were looking for it.

Sounds great in theory, but nobody considered the dangerous and unintended consequences of such sophisticated tracking and predictive algorithms that now power every website, internet service and mobile app. Or the ability to use it for things other than selling us shoes and diapers.

What started as an advertising tool has now grown into an information arms race with numerous companies accumulating more and more personal data on each of us without any transparency, independent or third party oversight. People do not have the ability to opt-out and nobody has a clear idea of how this data is being used or with whom it is being shared.

Granted, most advertisers still use personal data to sell more shoes or diapers, but because the use of this technology has proliferated far beyond marketing and media and is used by virtually every industry and by governments, it has greatly increased the potential for information to fall into the wrong hands, and to be used to manipulate and influence behaviour of individuals and groups.

We need look no further than the 2016 US election. We know the effectiveness with which state-sponsored Russian actors used ad-targeting technology on platforms like Facebook, Google, Twitter and other sites to target, test and fine-tune messages that spread various bits of misinformation. Cambridge Analytica, the data analytics firm that briefly worked with Trump’s election team, legally bought and harvested personal data of 50 million Facebook users (and their friends) from an academic who had built a Facebook app, to influence and manipulate voting behaviour.

It is important to understand just how sophisticated targeting technology is today. Anyone can accurately target the 38 year old baseball loving, Democrat voting, Budweiser drinking and Nike shoe collector on the Upper East Side of Manhattan, as well as their Grandma in Bhopal, India. The targeting is both granular and precise.

In addition, you can exclude people by age, ethnicity, religious belief or political affiliation, thereby ensuring efficacy of your message among only like-minded people. Additionally, I could ensure that the message I show grandma is not even seen by her neighbours, even when they are all on the same page on the same website or watching the same TV show (known as addressable TV).

This is what I refer to as division by data, when data is used to segment and sub-segment every section of the population, with each segment further refined with more granular data until it gets down to an individual level based on which algorithms decide “what” to show people.

What this means is that what I see on my Facebook newsfeed is not what my wife, my neighbour or colleague sees. With addressable TV, companies can show different ads to different people in the same area code and building while they are watching the same programs. The same is true of our Twitter feed, news, iTunes and Netflix recommendations and even Google search.

Ask a liberal and a conservative friend to type in the exact same search query, e.g. global warming, on their respective computers and see how different the results and ‘facts’ they get are. I urge every skeptic to read this article about an experiment conducted by Dr. Epstein, a senior research psychologist at the American Institute for Behavioural Research and Technology: “Epstein conducted five experiments in two countries to find that biased rankings in search results can shift the opinions of undecided voters. If Google tweaks its algorithm to show more positive search results for a candidate, the searcher may form a more positive opinion of that candidate.”

Consider that Facebook has become the primary “source of news for 44% of Americans” and now boasts over two billion active users worldwide and Google is what the world relies on to search for news, information and facts, and both are driven by this underlying ‘personalisation and targeting’ philosophy that I call division by data. Think about the fact that the greatest source of influence on human minds is still the power of persuasion - one that is driven by repeated exposure to the same message.

This is where the notion of using data obsessively to personalise everything down to the individual level has gone horribly wrong. By treating human beings like objects and dividing them into ever smaller groups that only see content, information, news and even ‘facts’ uniquely tailored and created based on their preferences and biases, we might manage to increase ad sales, but we also increase societal divisions by reducing the ability to find common ground on issues.

In the digital age, we have effectively replaced our real and proverbial water coolers with bottles of water that can be dynamically flavoured to meet individual tastes, and with this hyper-precise targeting we have ensured that we no longer have shared experiences that human beings have relied on for centuries as a way to build bonds that lead to diversity of thought and open-mindedness.

This is a solvable problem, but until we find ways to restore our water coolers in the digital age and craft sensible new regulations on data privacy, sharing and targeting, we will continue to weaken every democracy and hamper our shared progress.
Posted by Nikhil Vaish at 3:21 PM 1 comment: