Guns and the Second Amendment: A Common Sense Solution 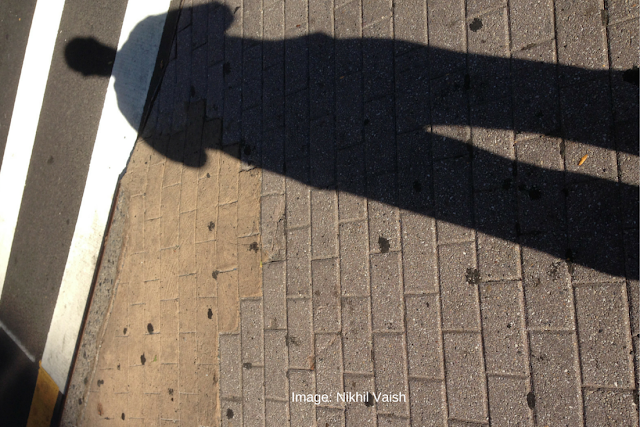 “There's no tragedy in life like the death of a child. Things never get back to the way they were.”

Lately, it feels like every other week we hear about a tragic and random mass shooting in America. Sadly, this seems to have become such a common occurrence that the post-tragedy outpouring of sympathy has become rote while our outrage seems to have dissipated into resignation. This should be frightening to everyone, irrespective of where they stand on the issue of guns rights. It is as if both sides have resigned themselves to the fact that these tragedies will continue to occur because lawmakers have neither the political will to take on the NRA, nor the backbone to stand on principle and find a common-sense solution to protect young lives.

The second amendment, written by James Madison in 1787 and ratified by the House of Representative in 1791, made imminent sense. At the time, standing armies had been used by the British and European monarchies for centuries as tools of oppression against the people. Apart from fighting wars, armed state militias were used to help protect people from bandits, American Indians and militias from other states (source: Wikipedia). However, that was more than 200 years ago and arguably today there is no threat to America or its fifty states from bandits, American Indians or the British. Iranian or North Korean long-range missiles and home grown terrorists are something to consider, but none of these threats can be countered by the right for individuals to bear arms. There is also now a formal US army and National Guard structure comprising of the old ‘State’ militia, after the Militia Act of 1903 organized the various state militias into the present National Guard system (source: Wikipedia). It is for this reason that the rest of the world does not understand America’s continued obsession with guns in the face of the growing rash of violence.

There is no quick and easy answer to this problem, but I do believe the time has come for all of us to act - it would be unconscionable not to do so. That said, I am optimistic that we can find a solution that will satisfy people on both sides of the amendment. However, before we can get to a practical and workable solution, both sides need to listen to each other and take into consideration the other’s legitimate concerns and constitutional right.

Let’s start with the pro-gun advocates - other than it being their constitutional right, and a hobby, many people also own guns for sport. I don’t think anyone will have an issue with people wanting to own guns for hunting (other than animal rights activists), provided hunters are properly trained to use their weapon, take care to avoid accidents, and do not trophy hunt endangered species. For the most part, this is true of all hunters, other than Dick Cheney. And, yes, accidents do happen, but that is not sufficient reason to revoke a gun license for those who like to and want to hunt.

The second area involves having a gun to protect oneself. This is the more complex part of the gun rights debate and the more contentious one. Here I want to point to an important difference between being a city dweller and a suburbanite. One can make a pretty persuasive argument that in large cities it is hard to justify the need for a person to have a gun at home, leave alone to carry a concealed weapon. For the most part we live in apartment buildings, where there are always other people around. In the event of a crime or burglary, help can be there within minutes.

There is also a difference in psychology that is worth considering. I find that people in big cities tend to be more aggressive, impatient and rude, compared to our brethren in smaller cities and towns everywhere in the world. I imagine that the constant dog-eat-dog competitiveness and daily rat race can cause us city-dwellers to lose our patience and tolerance over the years. So, given the access to police and help from strangers, who are more often than not at scream's length, and with people generally more angry, aggressive, and pissed-off – why would we want to put a gun in their hands?

If someone in a city pulls a gun, during a crime, common sense tells me that the odds of getting out alive or unharmed would go down dramatically if the victim were to pull out a weapon of their own. So, I have a hard time justifying the need to own a gun in big cities like New York, Bombay or Shanghai.

Now let’s for a moment leave the madness, hustle-bustle and bright lights of big cities and travel to a home in a small town in America. We exit the highway and find ourselves on a smaller road. We suddenly start to see the scenery change. There are no more McDonald’s or concrete structures; instead we are surrounded by lush green fields and gently meandering hills. There are no buildings here, and often the only views on the horizon, where the fields end, are a thick brush of trees that form the beginnings of a forest. The homes are not clustered together. One can drive seconds and then minutes between each one. There are no hospitals, police or fire stations. Even the GPS screen, which normally shows surrounding areas by highlighting roads, bridges, rest stops, fuel stations and various different aspects of civilization, goes completely black, until there is just darkness all around. Suddenly, even the sparse and dispersed homes start to disappear and one is surrounded by green, brown and the sounds of nature. You can no longer tell where the homes are because each has a long winding driveway off the little country road and are completely hidden from view. In what seems like an age since one left the highway, we come to the type of navigational point we were told to look for – a large green mailbox. This destination is officially in the middle of nowhere, and this is life outside the big cities and city suburbs of America.
The reason for that long and detailed picture is a simple but important one. If you live in a place so isolated, cut-off, and miles away from the nearest hospital – a place where in a crisis, police and emergency response times can be upwards of thirty minutes, and the sound of your loudest gut-wrenching screams are drowned out by the trees barely after exiting your lungs – would you not want a weapon to protect your wife, sister, daughter, son or yourself in the event of a threat? I know I would. I would go even further and argue that in such surroundings, knowing that people own and carry guns actually serves as a deterrent to would-be robbers and criminals.

Now that we have viewed both sides of the argument, I think it would be fair to say that we can see why it is larger numbers of non-city folk who tend to support the 2nd amendment while big city types tend to oppose it. Rather than changing the 2nd amendment or attempting to create a complex set of laws that try to factor in where you live, I believe we can agree to something simpler that will satisfy both advocates and opponents.

I often hear gun rights advocates refute the notion that it is harder to get a driving license than buy a gun, saying that the former is a privilege while the latter is a right. Well, then I would add that while the latter may be a right, protected by the US constitution, it is also a great personal responsibility. If we can agree on this, then let’s make sure that only responsible people are able to buy and carry guns; and that we are also able to create a system that holds them responsible. I am not suggesting we turn this into a driving test, but that we take virtually the same model and create a system for gun purchase and ownership akin to the one we have for the Department of Motor Vehicles (DMV).

My suggestion is to create a Gun Registration Office (GRO), as extension to the DMV in each state. Here is a starting outline of the GRO’s main functions, beginning with strict background checks that a majority of Americans already agree on:

Anyone buying a gun, no matter where they purchase it, would be required to:
The GRO would be the sole issuer of gun licenses and would be funded by gun license fees.
Such a system will shut down the ability to legally sell guns without background checks (at gun shows, etc.) and stop people with mental illnesses from purchasing weapons. Of course, this will not to stop every madman from getting a gun and killing if he is intent on it; nothing will prevent that. However, such a system will go a long way in dissuading straw purchases (people who buy guns for those who cannot pass background checks) and preventing irresponsible gun owners from owning guns; i.e. people who allow their small children access to loaded weapons (Source: Washington Post article), fail to report a stolen or lost firearm or have a history of domestic violence, etc.

I hope both sides can agree that it is the best way to add transparency and accountability, without limiting the right of individuals. It also serves to protect responsible gun hobbyists and owners, and does so in a way that will allay the fears of gun-right opponents. Such a system would not require banning any type of firearm.

All the gun owners I know are responsible, law abiding citizens, so should have no objection to making this constitutional right more secure and transparent, while being held accountable for abusing it.
Posted by Nikhil Vaish at 10:13 AM 4 comments: