COVID SIDE OF LIFE. Day 45: Saved by the Buzzer… 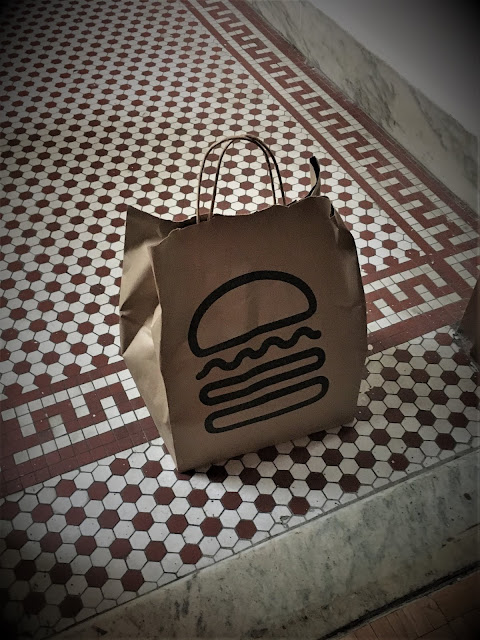 Our buzzer rang as it often does these days, but unfortunately for the moment it is a one-way street, as we cannot hear the person seeking entry at the other end of the intercom.

So, other than when we have ordered a meal from a local restaurant or are expecting a scheduled grocery delivery, it is mostly scrambled guesswork to determine if it is the mailman, a package being delivered early or some random person seeking to gain entry into our building.

We were awaiting packages from Amazon and Walmart but neither was due today, but as both have delivered earlier than the estimated date, we again assumed it was one of them.

About forty-five minutes later I got dressed to go down and pick it up the package. As I opened the front door, I was greeted by a lonely looking Shake Shack bag sitting on the floor, in front our of apartment door. Nobody had knocked and there was nobody around.

I walked downstairs to see if there was someone waiting for an Uber Eats delivery, and not seeing anyone, I checked the name on the delivery receipt. I found a phone number but no address or other details. The name was not familiar to me, and I know everyone in our building.

So I called the number in the hope that I could return the food to its’ rightful hungry owner. Turns out the number was not the customers but for Uber’s customer service. My first attempt at following the recorded prompts led to failure. The message at the end of my menu options said there was nobody available to take my call, and that I should try calling later.

More than the customer (who will likely get a refund or re-delivery), I felt sorry for the delivery person, as I was not sure if Uber would and make them pay for the re-delivery or refund.  I continued to try and get in touch with customer service but after three more failed attempts to reach a human being, I was at a loss to find resolution.

Yesterday was our wedding anniversary, which I had forgotten and my wife just happens to love Shake Shack…I guess this is what they mean when they say “don’t look a gift-horse in the mouth.”
Posted by Nikhil Vaish at 4:30 PM No comments: