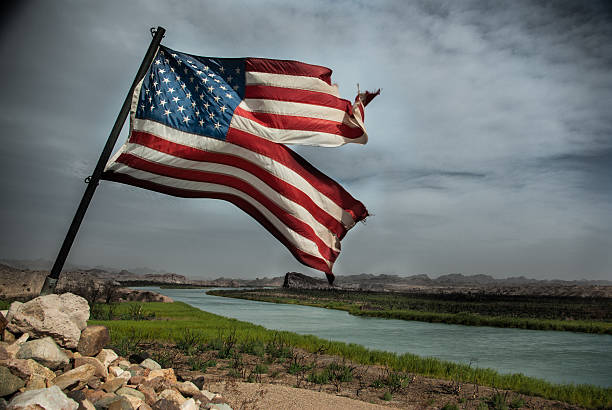 And removing Donald Trump from office will not fix what is broken with America.

That Trump is a shameless opportunist, a man without honour or a shred of decency is not in question. His actions and words are neither defensible nor warrant defending. That is not the issue.

The issue is that men like Trump thrive and live in the political, social and ideological divisions we have created; both real and imagined. As our divisions fester and grow deeper, they will only give birth to more men like Trump.

Until we start to fix these divisions, America cannot heal.

And the time has come to fix them, before we have more blood of innocents on our hands.

It begins with looking within and spending an honest moment reflecting, acknowledging that each and every one of us has had a part to play in our country's reaching this nadir.

In small, vociferous or silent ways, it does not matter. This is not about apportioning blame (there is enough to go around) but about taking responsibility, before it is too late.

Republicans are not the enemy. Democrats are not the villain. Wall Street is not evil. Liberals and Socialists and Conservatives and Christians and Muslims and Jews and Hindus and gays and lesbians and illegal immigrants and transgender can all agree that the enemies of civilized society are the men and women who marched through the streets wearing Nazi regalia, chanting vile and hate-filled slogans.

We must remember that irrespective of whether people vote Republican or Democrat, they care about the same things that we do. To give their children access to education and opportunities that enable the next generation to have a better and healthier life than they did. That’s it.

Now we do and will always vehemently disagree with each other on how to provide those opportunities and the healthier and better life, but that does not make us enemies. No the enemies reared their ugly symbols on the streets of Charlottesville.

Only our divisions can give them the oxygen they need to survive and only our unity can deprive them of it.

As an immigrant, I have always marveled at the greatness of America. Not the country, but her people; they made America great. It is not that I thought that Americans were wiser or more intelligent than people anywhere else, but that every time it really mattered – unlike most other nations, Americans of all colours, viewpoints, religious and political affiliations, consistently managed to rise above ideological differences, petty politics and cable news divisions to unite under one flag - in pursuit of a higher ideal.

E pluribus unum. Now more than ever we need to become one again.

America’s future depends on it. Our childrens' futures depend on it.