America Should Not Settle for Hillary Clinton 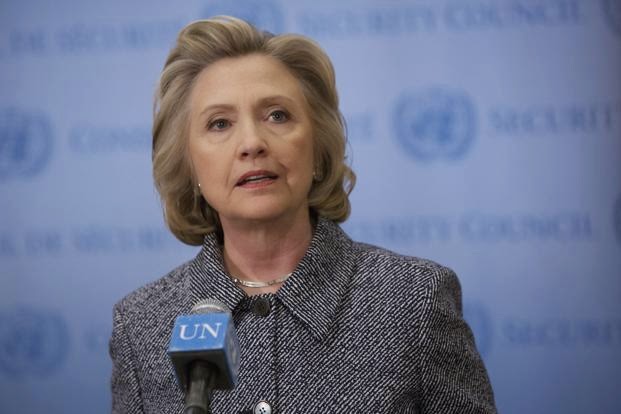 Before people start jumping to conclusions that this article is driven by the fact that Hillary Clinton is a woman, let me be very clear; her gender has nothing to do with it. I do not consider ethnicity or gender a factor when evaluating people for office; I prefer to judge them on the merits of their record, on their integrity and most importantly their character. That said, I would love nothing more than for America to follow in the footsteps of India, Great Britain, Germany, Brazil and Liberia, and elect a woman to the highest office in the land. But it should be based on the best possible candidate for the job, rather than an attempt to make history, as tempting at that may be.

There is no question that Ms. Clinton has both the experience and the smarts to be President. She has served as first lady, been a senator from New York, and a well-respected Secretary of State. Her professional pedigree is not in question. In fact, on this front she is probably better qualified than most of the Republican field put together. However, arrogance from having been in the public eye and on a pedestal for so long should be a question. This is where we should have our first concern with Ms. Clinton. It has to do with a sense of entitlement and a complete disregard for the rules applying to her. The recent email hoopla is the most recent case in point. In what world does a government servant have the gumption to decide, unilaterally, to not only use personal email while in office but also set-up a private server in their home, a server that nobody in government can access?

I understand that we must respect the privacy of public officials, but we are talking about a government work email account that is meant to be preserved for the public record. Ms. Clinton had no business making this decision. Even more frightening to us should be the sheer arrogance with which she dismissed the issue; it smacked of the old adage of ‘absolute power.’ She had the audacity to suggest that we should all be grateful because she “took the unprecedented step of asking that the State Department make all my work-related emails public for everyone to see.”(Source: Time article). Forgive me if I am not feeling thankful.

Even if she was within the rules, the email example and her handling of it pose fundamental and intractable questions about her clear lack of judgement. More worryingly, it begs the question of what she is hiding. She said at the same press conference that she “turned over some 30,490 emails to the State Department in December”, nearly two years after leaving office. But she also said she “deleted nearly 32,000 others.” (New York Times article).  As a NARA (National Archives and Records Administration) employee told the New Yorker “Anytime a government official takes it upon themselves to edit their own communications, good government ceases to exist.” Any public servant who is deluded enough to believe that they are responsible enough to ‘police’ themselves surely cannot be trusted with the highest office in the land.

The second concern we should have with Ms. Clinton’s candidacy is her age (same goes for male candidates). She will be in her seventieth year when assumes office, not exactly in the prime of her life. Age is part of a bigger issue we should consider in politics. Why is this, the only profession where we routinely elect people who would otherwise be retired? Would you trust a surgeon or hire a defence lawyer in their seventies? The point is that no matter how fit or healthy a person might be, we all slow down physically and mentally as we get older. These days the only way many senators and congressmen vacate their offices is when they die. Strom Thurmond was eighty-four years old when he was briefly and absurdly second in line for the Presidency in the nineteen-eighties. He went on to serve in the senate until the age of 100, still firmly holding onto his pro-segregation views when he died in 2003. Senator Robert Byrd continued to serve despite years of declining health and routine hospital visits, and finally died in office at the age of ninety-two. It is one thing to serve as a congressman or senator, but the US President’s job is without doubt the toughest in America.

We all saw how quickly and visibly both George W. Bush and Barack H. Obama aged, after taking the oath of office. Based on his behaviour and actions I always suspected Mr. Reagan was senile during most of his second term; we now know that his Alzheimer’s started three years into his first term (Source: The Guardian article). Frankly, the world is a far more complex and fragile place today than it ever was during the cold war. We need fresh thinking, new solutions and bold ideas. We need someone who is hungry and daring, not tired and expecting a coronation. Ask yourself if you really want to put a person who in every other profession would be retiring to take on the most mentally gruelling, emotionally draining and physically challenging job in the world?

Then there are the ethics violations and open hypocrisy that should concern us. When Ms. Clinton accepted the position of Secretary of State, the White House was rightly concerned about the millions foreign governments had donated to the Clinton Foundation, and how they might try to use it as leverage to curry favour with the Secretary of State. For this reason Ms. Clinton agreed to sign an ethics agreement which we now know she violated at least one time during her tenure (Source: WashingtonPost article).

There is good reason why it is illegal for a foreign government to give money to a US political candidate (but Ms. Clinton’s candidacy is unprecedented in this respect, since her husband was President and after leaving office they started a foundation). I have no doubt the Clintons will stop accepting money now that she has decided to run, but it does not change the fact that nations who donated generously over the years will still want collect their dues. It would be naïve to think otherwise.

The Wall Street Journal found in its investigation that “At least 60 companies that lobbied the State Department during her tenure donated a total of more than $26 million to the Clinton Foundation…” (Source: New Yorker article). The Clinton Foundation does an amazing amount of good in the world, and I support and laud their initiatives. But this is not about the foundation's efforts, but rather about the undue influence and sway donors have over recipients of their largesse and about the dangers of these recipients now occupying the White House; burdened with these obligations.

There is also a great hypocrisy with regards to an issue Ms. Clinton claims to champion: empowering women. It is a great cause and while it is fair to say she has been a great champion, it is equally fair to question her acceptance of money from countries like Saudi Arabia and Brunei that openly abuse and deny women the most basic freedom and rights. I would have greater respect for Ms. Clinton if, on principle, she had refused to accept donations from this small handful of countries where women are less than second class citizens. One other point to consider is that she has also stood by a serial cheater and alleged abuser of women. While her marriage is her personal business, by calling herself a champion for women, it begs the question of whether she is more preach than practice.

We are at a critical and complex time in history. America has never been more divided, and the world is a far more complex place, one where it is hard to distinguish friend from foe. We need someone hungry and energetic enough to grab these challenges by the collar and take them on, not someone who feels the job is their due, and looks more tired than hungry; as Peggy Noonan recently wrote in a Wall Street Journal article. The world needs new ideas and fresh perspectives, not the same old same old.

My first great disappointment with Obama (among a long series that have followed) was that the moment he was elected, on the promise of “change,” he went and appointed a group of washed out Clinton-era advisers and Bush One and Two bureaucrats. This has shown in his administration’s lack of imagination and inability to change the status quo. While Jeb Bush is much younger than Ms. Clinton, there are many of the same issues with him pertaining to dynastic politics (incidentally, he also used private email as Governor of Florida, but did not set up his own server).

We know that Hollywood with its deep pool of talent, resources and money has never managed to deliver a sequel that lives up to the original; so rather than settling for a Clinton or Bush sequel that will never change the narrative, let’s use the vote to script a bold and original story in 2016.